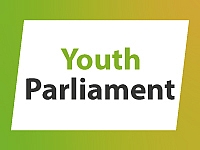 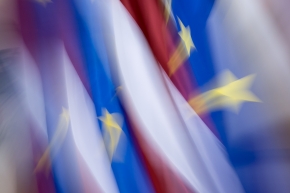 On Thursday, 31 January, under the urgent procedure, the Saeima adopted in the final reading the Law on the Procedure for Introducing the Euro, which sets forth general principles for the introduction of the common currency of the European Union – the euro – in Latvia.

The Law on the Procedure for Introducing the Euro was supported by 52 MPs; 40 MPs were against and 2 abstained.

The Law provides for several measures to be taken regarding the period while both lats and euros will be in circulation, the exchange of cash and transfer currency, price marking of goods and services in two currencies, as well as adaptation of accountancy registers and financial markets.

“During the elaboration of the Law, we have made an effort to ensure that the regulations on the introduction of the euro are understandable to the inhabitants and switching from lats to euros does not burden them with additional expenses,” said Jānis Reirs, Chairman of the Budget and Finance (Taxation) Committee of the Saeima, which was responsible for the relevant draft law.

In order to avoid adverse effects that the introduction of the euro could cause on the continuity of contracts and other legal instruments, the Law provides that references to lats before the date of the introduction of the euro shall be considered to be references to euros. Therefore, for example, people will not have to go to their banks to re-conclude existing loan agreements.

According to the Law, during conversion of lats to euros, the amounts of money in euros will be approximated to the nearest euro cent based on the value of the third digit after the decimal point – if it is from nought to four, the value at the cent level remains unchanged, and if it is between five and nine, the value is rounded up to the next cent. The same will also apply to conversion of prices for goods and services.

Upon the introduction of the euro, it will be possible to use both Latvian lats and euros in cash transactions for a period of two weeks, but change will be given only in euros. After this period, lats will no longer be valid for transactions, and the only  legal tender will be the euro. As of the day of introduction of the euro, lats will also no longer be available from ATMs.  During the period of parallel circulation of both currencies, it will be possible to pay for public transit fare in lats, and the driver will be allowed to give change in lats; if the fare is paid in euros, change will have to be given in euros.

Assets in lats in bank accounts will be converted to euros automatically. As of the day of the introduction of the euro, credit institutions will no longer dispense lats.

In the time leading up to the introduction of the euro, the Bank of Latvia will have to organise the timely minting of Latvian euro coins and the procurement of euro bills; it will also have to provide credit institutions with the new currency and circulate sets of coins. Likewise, the Bank of Latvia will have to ensure the disposal of the lat bills and coins taken out of circulation, as well as the exchange of damaged lats to euros.

The Law prescribes that postal stamps and any equivalent means of payment, as well as pre-paid envelopes and post-cards denominated in lats, will remain valid for a year from the day of introduction of the euro.

Gift cards and fuel cards denominated in lats and purchased before the day of introduction of euro will remain valid until their expiry date, but payments will have to be made in euros.

In order to give merchants time to adapt cash registers and relevant systems to the euro, it is planned to have a period during which prices will be marked in both currencies. Prices of goods and services will have to be shown in both lats and euros for three months before and six months after introduction of the euro. Likewise, amounts will be shown in both currencies on transaction documents, such as receipts and invoices.

Likewise, as of the day of introduction of the euro, national and municipal taxes, duties, penalties for delayed payments thereof and fines will have to be converted into euros.

The Law also prescribes measures aimed at adjusting the financial market accordingly. In case of instruments with a floating interest rate pegged to the RIGIBOR index, RIGIBOR will be replaced by EURIBOR applicable for the corresponding period. It will be possible, upon mutual agreement between the lender and borrower, to replace the lat money market index with an equivalent index on the condition that the interest rate added to the lat money market is not increased and that any other contractual terms and conditions are not detrimental to the borrower.

During the Budget and Finance (Taxation) Committee meeting devoted to drafting the Law, Dace Kalsone, Head of the Euro Project at the Ministry of Finance, informed MPs about measures to counter unjustified price increase, such as monitoring of prices at points of sale, banks and service providers, as well as control measures to be implemented by the Consumer Rights Protection Centre. It is also planned to urge entrepreneurs to refrain from raising prices and to take part in the campaign “Honest transition from lats to euros”.

The Law appoints the Financial and Capital Market Commission, Bank of Latvia, State Revenue Service and Consumer Rights Protection Centre as the institutions in charge of monitoring compliance during the transition. In the event of non-compliance, monetary fines, suspension or revoking of a merchant’s licence and administrative penalties will be applicable.