The work of the Saeima is supervised by its Presidium, which consists of five MPs: the Speaker, two Deputy Speakers, the Secretary, and the Deputy Secretary. 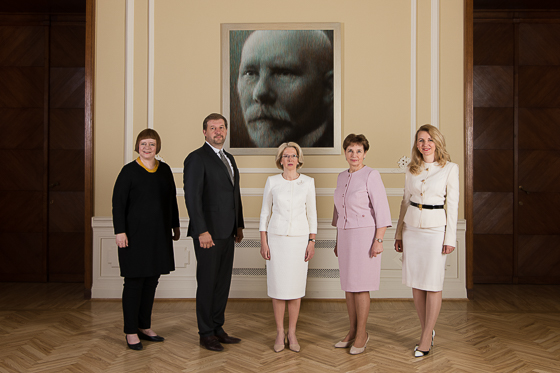 The Presidium is elected by each new convocation of the Saeima, typically at its first plenary sitting.

Presidium meetings usually take place on Mondays and are convened by the Speaker.

During the Speaker’s absence and upon mutual consent, the Speaker’s duties are fulfilled by one of the Deputy Speakers. The Speaker and the Deputy Speakers divide the current responsibilities among themsel including the duty of chairing the Saeima sittings, the Presidium meetings, sittings for receiving answers to Members’ questions, and participation in meetings with foreign officials.