NewsPress releasesKalniņa-Lukaševica: Latvia’s chances to receive more financing from the next EU budget are increasing

Kalniņa-Lukaševica: Latvia’s chances to receive more financing from the next EU budget are increasing 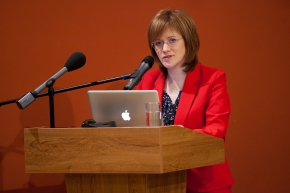 Zanda Kalniņa-Lukaševica, Chairperson of the European Affairs Committee of the Saeima, when asked to evaluate the work of her Committee during the parliament’s winter session, pointed out that as Latvia’s position is actively explained, our chances to receive more financing within the new Multiannual Financial Framework of the EU are increasing. Kalniņa-Lukaševica emphasised that cooperation among the three Baltic States, to which the Committee pays serious attention, will be a decisive factor in the continued negotiation process.

The Chairperson of the European Affairs Committee explains that during the winter session the work of the Committee was focused on three main issues: negotiations on the Multiannual Financial Framework of the EU, discussions on the new EU fiscal discipline treaty and closer cooperation among the Baltic States.

“These issues are closely interconnected. In order to protect Latvia’s national interests with regard to the EU’s new Multiannual Financial Framework – to attain larger direct payments to our farmers and to receive at least the same level of cohesion financing – I have discussed these issues in meetings with ambassadors of other EU member states in Latvia, as well as during my visits to Brussels, Berlin and Copenhagen,” Kalniņa-Lukaševica said.

The Chairperson noted that negotiations on the EU budget, which are likely to continue until the end of 2012, have already shown initial positive signals – many member states have heard Latvia’s arguments and have acknowledged that they truly understand the problem we face.

“For example, the Chairman of the Agriculture Committee of the German parliament has explicitly confirmed that Latvia’s request to receive larger direct payments will be supported. Likewise, in other instances we have received assurances of support for Latvia’s position on the cohesion policy,” said Kalniņa-Lukaševica in reference to her working visits to Brussels and capitals of other member states.

“Our chances to receive more financing in the next period are increasing. Cooperation among the three Baltic States is crucial in this context because together we have a louder voice that commands more attention throughout the EU,” the Chairperson of the Committee pointed out.

“The responsible fiscal discipline policy implemented so far and our ability to consolidate our budget in recent years play an important role in the arguments presented by Latvia. This helps in trying to prove that Latvia deserves an appropriate acknowledgment for its efforts by receiving more financing from the new Multiannual Financial Framework. Recently the Saeima hosted an international conference which was attended by the chairpersons of the European affairs committees of the Lithuanian, Estonian and Polish parliaments, as well as representatives of the European Parliament,” Kalniņa-Lukaševica remarked.

Video of the interview with Zanda Kalniņa-Lukaševica is available at:
https://www.youtube.com/watch?v=verJf8Wq51E&list=UUdQ1YxaZG3i7ygGCdU8mPKQ&index=2&feature=plcp
When using the material, please give credit to the Saeima Chancellery.